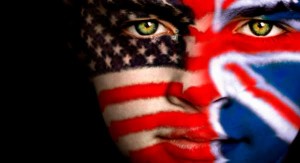 While at a party, laughing, an English friend I confessed to being “pissed” (angry in American English), I could not understand why someone who seemed so happy could actually be “pissed “(angry). I asked who had made her angry and looked at me with a puzzled incomprehension. He replied: “I’m not angry (pissed) to anyone, but only” pissed “” At this point, I began to understand that the word “pissed” meant “drunk” instead of “angry” for British English, while we US, we prefer to use the word “wasted” (destroyed) for this kind of mood!
English as we know it has some variations depending on the country. I, however, I want to focus on the obvious differences that exist between American English and British. You see, it is not simply a matter of pronunciation (1), but also vocabulary (2), spelling (3) and grammar (4). 1. pronounced British accent so attractive! It seems as though they’re singing when enunciate the words … like music to my ears even though it is not always easy to understand everything they say! Take the word “duty” (duty) for example. The British pronounce it “diuti”. While in the US, it sounds more like “dudi”. And what about the word “schedule” (program)? Pronounced “scediul” in Britain and “schediul” in American. Most of these differences in pronunciation are mainly due to the influence that the French have had on Britain, while the American phonetic system is based on the ancient greek. 2. VocabolarioQuesto is truly one of the differences I prefer. The same words are often used to express different things in both countries. For example, Americans love potato chips (fries), while the British eat the “chips”. Americans go to “movies”, while the British prefer the “cinema”. In America, we use the “clothespins” (clips) to hang our laundry, but in England they use “clothes pegs”. The British people by a “dummy” (stupidino) to their baby while Americans give a “pacifier” (pacifier) ​​to them. And the list goes on ….
3. OrtografiaLe spelling differences are recognized mainly by the use of “s” instead of “z” or “ou” instead of “or”. For example, in English the word organization writes “organization” and is written in American “organization” as “behavior vs. behavior” (behavior) and also “color vs. color” (color). However, there are other differences are not as easily recognized as a “center vs. center (center), Fulfill vs. fulfil (make) or vs. dialog dialogue (dialogue)”. But fear not, a simple text editor will help you to deal with these differences, you can just set the variant of the language in order to avoid these problems. 4. grammatical differences of grammar are a bit ‘more complex than expected. Grammar is already a difficult subject for any student, so I’ll try to be brief, clear and simple.

No difference. 3: the verb “to get” (take) become “got” in the past for the British and “gotten” for Americans 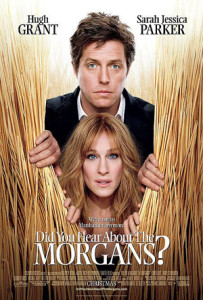 Everyone knows that there are differences between these two versions of English, so why write this article? One may know that there are differences, but not necessarily be aware of their importance in terms of quality. It ‘important to take note of these differences, both for translators and for the customers, because if you are an American translator who has to translate a document in British English, I assure you that the spell check function of your editing program will not be enough. It can only help with the spelling of words that you have chosen to use.

However you will have to search for all the right words carefully or even study the English grammar in depth before starting. Otherwise, you will end up with only a British text well written in terms of spelling, but with a vocabulary and grammar very curiously American! A whole new category of English: BritAm!

View all posts by admin
Back to Top